The World's Elusive Search For Answers

2nd Timothy 3:7, “Ever learning, and never able to come to the knowledge of the truth.” 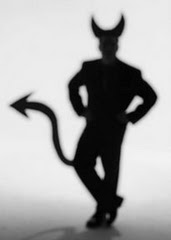 Most people are searching for answers that they'll never find, because they have passed over the Gospel as foolishness and want something else. 2nd Timothy 3:7, “Ever learning, and never able to come to the knowledge of the truth.” If you reject the Gospel (good news) of salvation by faith in what Christ has done for you on the cross to pay for your sins, then you are up a creek without a paddle, because there is no other way to Heaven. Salvation is obtained only in the name of Jesus Christ (Acts 4:10-12).

2nd Corinthians 4:4, “In whom the god of this world hath blinded the minds of them which believe not, lest the light of the glorious gospel of Christ, who is the image of God, should shine unto them.” Have you believed a lie? Famous author Mark Twain said, “It's easier to fool people than to convince them that they have been fooled.” So true! I recently watched “Through The Worm Hole” with actor Morgan Freeman, a 2 hour video presentation produced by Discovery Communications and The Science Channel in 2011. The presentation is rooted in atheism, denying the Biblical account of creation, attempting to explain the origin of the universe with unproven theories and bizarre speculation. It makes much more sense to believe that an omnipotent Creator made everything in the universe.

Another video presentation which I recently watched by The Discovery Channel is “Inside Planet Earth.” Although it contains some fascinating information and visual aids, I couldn't help but laugh as the narrator said the earth formed over billions of years as chunks of rogue asteroids slammed into each other, eventually formed into a molten ball, which then developed gravity and formed dry land and wet oceans, and perfect breathable air just came into being, and then via chaotic coincidence and cosmic catastrophe abundant life somehow sprung into being on planet earth. Do you really believe that garbage? If you do I have some alligator swamp land at Antarctica that I want to sell you. Most of the world's scientists are nutty.

When I consider a beautiful musical orchestra, and the hundreds of wonderful varieties of meats and vegetables we enjoy, and the amazing complexity of the incredible human spirit and body, spectacular animal life, the amazing oceans, and all that we see in the universe, it is the epitome of arrogant wickedness and intellectual fraud to deny the existence and creative hand of almighty God in everything. Only a complete fool is slow to believe the Scriptures. The Bible teaches in 2nd Peter 3:5 that God spoke the world into existence by the power of His Word. That makes perfect sense to me. How about you?

The Bible teaches that those who try to reach God through human effort are “fallen from grace,” that is, they have rejected the free gift of eternal life in favor of manmade religion which will send them to Hell forever. Galatians 5:4, “Christ is become of no effect unto you, whosoever of you are justified by the law; ye are fallen from grace.” Romans 3:19 says that the purpose of God's law is to teach us that we are sinners and cannot save ourselves through self-righteousness. The law was given to stop every boasting mouth of one's own goodness, so that all the world may realize their guilt of sin in the eyes of a holy God. Romans 3:20 warns that no person will ever be justified by keeping the law (God's moral commandments to humanity). The reason why is because no amount of self-righteousness on our part can undo or compensate for our past sins. Thus, we need a perfect (sinless) Savior to die in our place on the cross, to pay the debt of sin which we could not pay, and which Jesus did not owe.

If you hear the Gospel truth and reject it, then there is no other sacrifice for your sins than Christ. Hebrews 10:26, “For if we sin wilfully after that we have received the knowledge of the truth, there remaineth no more sacrifice for sins.” I've read numerous articles which pervert these Scripture passages, using them in a foolish attempt to teach that a person must forsake sinful behavior to be saved; but that's not what these Scriptures are talking about, as I've just taught you. If you read the surrounding context of these passages from Galatians 5:4 and Hebrews 10:26, you'll learn that they are speaking about rejecting Christ as your personal Savior.

Satan is “the god of this world” and he blinds the minds of men with religion, evolution, secular philosophy, sports, entertainment and anything else he can use to hinder you from seeing the glorious truth of the Gospel of the Lord Jesus Christ (2nd Corinthians 4:3-4). The truth is in plain view for those who want it. Worldly success, pleasures and love for sin blinds hundreds-of-millions of people from the truth, causing them to become complacent in their success and indifferent toward God. Hebrews 9:27 declares that every human has an appointed time to die, BUT AFTER THIS THE JUDGMENT!!! Hebrews 9:27, “And as it is appointed unto men once to die, but after this the judgment.” Are you prepared to meet your Maker?

The wicked world is always searching for answers that they cannot find, because they reject God's answer, which is faith in His Son Jesus Christ. Jesus is the risen Christ, Who died on the cross for YOUR SINS and mine. Do you believe that? If so, and that's your only hope for Heaven, then you are saved. John 20:31, “But these are written, that ye might believe that Jesus is the Christ, the Son of God; and that believing ye might have life through his name.”

John 6:28-29, “Then said they unto him, What shall we do, that we might work the works of God? Jesus answered and said unto them, This is the work of God, that ye believe on him whom he hath sent.” Christ died, that's history; Christ died for me, that's salvation! Salvation is not doing your best, it is having Christ's best put to your account through receiving Him by faith.

448 Reasons Why I Cannot Trust Any Modern Bible Version!