2nd Timothy 3:13, “But evil men and seducers shall wax worse and worse, deceiving, and being deceived.”

The Twilight Zone was a popular television series created by Rod Serling, which ran between 1959 to 1964. Sadly, by all indications Rod Serling (1924-1975) rejected Jesus Christ and according to the Holy Bible, went to Hell forever. Jesus plainly warned in John 14:6, “I am the way, the truth, and the life: no man cometh unto the Father, but by me.” The core of the New World Order (NWO) is an adamant rejection of the truth of Jesus Christ.

I am often reminded of The Twilight Zone as I hear the daily insanity in the news (local, national and world news). The world has become a large insane asylum. In particular, people just don't care anymore in first world nations (America, United Kingdom, Australia, China, Russia). And that indifference spreads like cancer, letting the poor starve to death in Africa. Palestinians lack water. North Koreans are cannibalizing their children to survive. Immorality has infected the globe. I read today in the news that Over The Past 40 Years, Rape Has Increased 1,472% In Sweden. Germany and Sweden are also being forced to tolerate millions of illegal immigrants flooding into their countries. Sweden is even considering a law forcing its citizens to house illegal aliens. Time would fail for me to mention all the insanity in the world today. A man can only handle so much insanity! Sometimes I have to walk away and don't listen to any news for a couple days.

Billions of people worship the Beast already. Hundreds-of-millions of AC/DC fans flash the El Diablo satanic hand-sign, showing their allegiance to the Beast (i.e., the coming Antichrist). We see allegiance to the Devil everywhere we turn in American culture. Even the 1984 New International Version (NIV) portrayed Jesus Christ as the Capstone (Antichrist) instead of the Chief Cornerstone (the foundation). I've been hearing in the news today that in Germany, Sweden and other nations, like the United States, illegal immigrants by the tens-of-millions are being forced into their cultures. The reason why is obvious if you understand the agendas of the architects of the New World Order (NWO), one of which is to destroy national sovereignty in favor of global government.

All forms of individualism, national sovereignty, patriotism, faith in the God of the Bible (Christianity), moral conviction and religious exclusivism are the enemies of the NWO. For the appearing of the Antichrist to succeed, the whole world must be prepared to receive him, which means there must be a Global Godless Totalitarian Communist Police State!!! By breaking down all barriers of race, culture, country borders, religion and morality, the world's youth are becoming revolutionaries.

Listen to what Alice Bailey (1880-1949), a devil in disguise and mega false prophetess, foretold that youth would abandon organized religion and the Words of God in the Holy Bible. Interestingly, Bailey admits that the reason why youth will totally abandon religion and the Holy Bible is because of the quarrelling between their adherents. Now you know why Satan has published literally hundreds of different English Bible versions, and started thousands of new religions, to confuse everyone possible. By creating umpteen counterfeit religions, churches and Bible to confuse today's youth, Satan has effectively driven them into apostasy. So now the world's youth are instead looking to the the Communist state, worldly ideologies and humanity itself for answers. God is out! 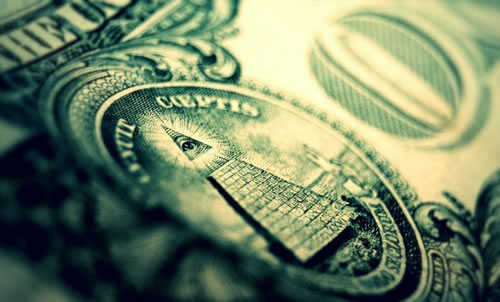 “The new world religion is nearer than many think, and this is due to two things: first, the theological quarrels are mainly over non-essentials, and secondly, the younger generation is basically spiritual but quite uninterested in theology. The intelligent youth of all countries are rapidly repudiating orthodox theology, state ecclesiasticism and the control of the church. They are neither interested in man-made interpretations of truth nor in past quarrels between the major world religions.

At the same time, they are profoundly interested in the spiritual values and are earnestly seeking verification of their deep-seated unvoiced recognitions. They look to no bible or system of so-called inspired spiritual knowledge and revelation, but their eyes are on the undefined larger wholes in which they seek to merge and lose themselves, such as the state, an ideology, or humanity itself. In this expression of the spirit of self-abnegation may be seen the appearance of the deepest truth of all religion and the justification of the Christian message.

Christ, in His high place, cares not whether men accept the theological interpretations of scholars and churchmen, but He does care whether the keynote of His life of sacrifice and service is reproduced among men; it is immaterial to Him whether the emphasis laid upon the detail and the veracity of the Gospel story is recognised and accepted, for He is more interested that the search for truth and for subjective spiritual experience should persist; He knows that within each human heart is found that which responds instinctively to God, and that the hope of ultimate glory lies hid in the Christ-consciousness.

Therefore, in the new world order, spirituality will supersede theology; living experience will take the place of theological acceptances. The spiritual realities will emerge with increasing clarity and the form aspect will recede into the background; the new emerging truths. These truths will be founded on the ancient realities but will be adapted to modern need and will manifest progressively the revelation of the divine nature and quality. God is now known as Intelligence and Love. That the past has given us. He must be known as Will and Purpose, and that the future will reveal.” [emphasis added]

SOURCE: Alice Bailey, The Externalisation of the Hierarchy, pp.201-202.

Most professed Christians today won't research the NWO, either because they are woefully ignorant, completely lazy, blatantly don't care, or have a sincerely held foolish conviction that such matters are not of concern to the new Testament Church. I care, and I'm not ignorant of the NWO, and I have diligently researched the matter, and I understand the Holy Bible to teach that it is every believer's duty to “have no fellowship with the unfruitful works of darkness, but rather reprove them” (Ephesians 5:11). By God's grace I am doing my best to wake other Christians up, but it seems that few are listening. I watch the hit counters for the great video sermons that I promote of the best Bible-preachers, and it is fortunate if 200 people watch them. Yet, some sleazy-satanic-sodomite-slut like Miley Cyrus sings a perverted song in shame, and she gets 100,000,000 hits on YouTube! Why should God bless America?

The Bible tells us in Revelation 12:12, “Therefore rejoice, ye heavens, and ye that dwell in them. Woe to the inhabiters of the earth and of the sea! for the devil is come down unto you, having great wrath, because he knoweth that he hath but a short time.” Time is short friend. If you've been following world events, you know that the Illuminati (Satan's architects of the New World Order) are working relentlessly to destroy national borders, sovereignty, individualism, parental authority, Christianity, honest capitalism, faith in God and all barriers of race, religion and culture. This is all necessary for the Devil to create a world system friendly to receive the Antichrist. It is happening!

I could share thousands of disturbing things with you showing the fall of our civilization, but here's one. Corporations today prioritize profits over people. They just don't care anymore if there's no money in it. Music for the most part died in 1972, becoming commercialized. It's all about money today. A quality decent song's video may receive 15,000 views, but if a singer curses and uses vulgar language, the song's video will receive 500,000 hits! A Bible verse comes to mind from Jeremiah 17:9, “The heart is deceitful above all things, and desperately wicked: who can know it?” And also, Romans 3:12, “They are all gone out of the way, they are together become unprofitable; there is none that doeth good, no, not one.” Modern technology has allowed sinful mankind to go further down the wicked road they were already travelling. The world has always been a wicked place (1st John 5:19), because Satan is the god of this world (2nd Corinthians 4:4). Even so, come, Lord Jesus!

Proverbs 11:30, “The fruit of the righteous is a tree of life; and he that winneth souls is wise.”