Like Samantha Field, I Was Mistreated
At Pensacola Christian College Campus 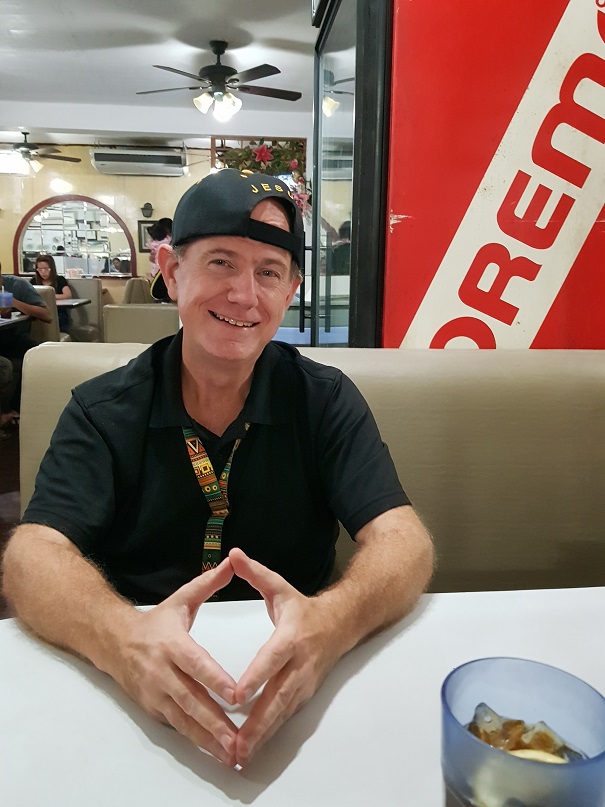 I moved from the island of Guam to Pensacola in July of 2021. I looked on Google for a church to attend and found Campus Church. I didn't know until I got there that it was on the campus of Pensacola Christian College. I was delighted, so I thought.

At first for the first couple weeks things went well. But then after Sunday morning church at Campus Church, a PCC staff member invited me out to eat for lunch and I happily agreed. I was happy and while eating I asked the man if he was married. he said, “No.” So I asked him what my chances were of finding a wife at Campus Church, since I am divorced. He said, “Zero.” He said PCC doesn't allow divorced people to remarry. I was saddened to hear that. He went further and said people often leave, or avoid, PCC who are divorced.

So I emailed Pastor Jeff Redlin to ask him if what I had heard was true. Redlin made me feel like garbage and rebuked me for coming to church to find a wife. I couldn't believe how stupid Jeff is! He ass-u-med that. I didn't come to church to find a wife, but I was hoping to meet someone. Redlin acted like a total a$$hole, looking down his long Pharisaical nose on me like I was garbage. Then he ignored my emails for 10 days. I was hurt. What had I done to him? I found out later that someone showed him my ministry websites. I had to ask Redlin umpteen times what was wrong, to which he finally reluctantly emailed back to false accuse me of finding weaknesses in other preachers on my ministry websites. I was offended that Pastor Redlin was taking liberties that he does not have a right to. The jerk doesn't even know me, yet berates and insults me. I was ABUSED by Pastor Jeff Redlin, and I want the world to know about it.

I thought that there must be others who have also been hurt and abused at Pensacola Christian College. So I went online to see if I am alone. Sure enough, I found Samantha Field's website and articles about how she was horribly raped as a PCC student on the campus of Pensacola Christian College! When she reported the rape the college told her to “repent.” Samantha was wickedly shunned, ostracized and abused by the college administration. She learned quickly that the friends she thought she had once had were no friends at all! What a sad testimony for PCC! I am reading about abuse at Bible colleges all across America.

A former female student at Bob Jones University is suing the college for expelling her after reporting that she had been brutally raped. Dr. Steve Pettit (thug president of BJU) is a little man, a heretical Calvinist who preaches a damnable false gospel. Jeff Redlin needs to learn how to treat newcomers much better, with respect. Redlin was abusive toward me, evasive and defensive, behaving like a little boy, a coward, instead of a man of God. All I wanted was to be welcomed with God's love, but Pastor Redlin avoided me for one month. It was only after much grief and frustration on my part that he finally reluctantly welcomed me, but he threatened me to “walk circumspectly” or else. I still don't know what the hell he was talking about, nor what he meant by making that threat. What an a$$hole!

I know one thing, Jeff Redlin is an idiot who has zero people skills!!! I believe in word of mouth! I think PCC has issues, and especially at Campus Church! They need to fire Jeff Redlin and hire a genuine pastor who has a heart for hurting people. When I told Pastor Redlin that I was divorced for 15 years and lonely to remarry, he never once expressed any sympathy for my pain and loss. Nor did he once ever offer to pray with me. What kind of pastor is that? A bad one!!!

I truly feel sorry for Samantha Field. I doubt if PCC has ever tried to make peace with her. I know what it feels like to be emotionally raped. I had attended the shameful Harvest Baptist Church on Guam for one year between 2013 and 2014. After several months God burdened my heart about the “Lordship” salvation heresy being preached in the church. I was frustrated that they were using dozens of different confusing Bible versions. So I purchased several hundred dollars worth of books with my own money and gave them personally to the pastors. I was just being a true friend. They could have simply thanked me for caring and told me that they disagree, but hoped I would keep coming to church as a guest.

Instead they expelled me, banned and ostracized me. and I had nowhere to attend church for the next seven painful years. In my weakness and loneliness of soul I even pleaded in 20217 to please let me come back, but Pastor Marty Herron threw me under the bus again and verbatim cold-heartedly told me to: Go elsewhere!” Herron quit and fled in shame! Pastor Gary Walton took his place as senior pastor in 2018, but Walton also refused to allow me to come back to Harvest, and I had no Christian friends, no social life and I suffered much emotional duress and loneliness because of their wickedness at Harvest Baptist Church on Guam. They're all PCC and BJU graduates at Harvest! SHAME on the Bob Jones University crowd! SHAME on the Pensacola Christian College crowd!

Do you know, the good or bad things that people say about a church or Bible college happen ONE PERSON AT A TIME. I came into Campus Church with a good attitude, an open heart, and a warm hand of fellowship. God know my heart, that I speak THE TRUTH. But Pastor Jeff Redlin behaved shamefully, like a paranoid fool, thinking only about himself. Pastor Redlin didn't give a damn about me as a hurting human being. The fact that I was divorced and alone, and had just moved 9,000 miles from Guam to Pensacola, and was surviving out of a suitcase in a cheap hotel, and my neck hurts 24/7 from Cervical Degenerative Disk Disease since 2004, meant absolutely nothing to him! What an uncaring jerk! All Redlin cared about was to quickly tell me that he doesn't marry divorced people. Only a total a$$hole would say something so cold and cruel to a divorced person, whose only been in your church for two damn weeks!

If PCC would entrust such a horrible incompetent man to lead Campus Church, that doesn't bode well for the rest of the college. I am not impressed so far! I am merely sharing my personal experience at Campus Church at PCC. The way that you treat people may come back to haunt you!!! Jeff Redlin needs to go!!! Jeff Redlin is an academic type, woefully lacking God's compassion for broken and hurting sinners like me. PCC needs to hire a church pastor, who is a builder of churches, an aggressive door-to-door soulwinner who loves all people, not some snobby classroom intellectual who doesn't give a damn about people like Jeff Redlin!!!

I wanted to vomit when Pastor Redlin announced in August of 2021 that it would cost $10 each for church members to learn how to share the Gospel. You've got to be kidding me! Campus Church took in $3,500,000 in 2020. They finished the year with $1,200,000 in the bank and gave $600,000 to PCC. So Campus Church had $600,000 still in the bank. But you're going to charge church members $10 to learn how to lead people to Christ? That is disgusting! That is sick! Redlin needs to go, the sooner the better!!! Pastor Redlin and myself exchange over a dozen emails. He knew I was upset with him and frustrated my his mistreatment. As suspected, I never heard from Pastor Redlin again. That is no man of God! If he had half an ounce of genuine Christianity, he would have let me know he was praying for me and welcomed me back to church. The sad truth is that Pastor Redlin doesn't give a damn about me as a hurting human being, so I am letting the world know what a weasel he is, and a contemptible utter phony behind the man of the cloth. Jeff Redlin doesn't care!!!