Where Are Our Independent Fundamental Baptist Churches Headed?

I gratefully attended First Baptist Church of Hammond, Indiana (FBCH) and Hyles-Anderson College (HAC) between 1985-1993. When I graduated in 1993 and crossed the platform of FBCH to personally receive my degree from Dr. Hyles' hand, I had tears in my eyes and told Brother Hyles, “I love you preacher!” America owes a debt of gratitude to Dr. Hyles that cannot be expressed in words. I love the folks at FBCH and HAC, but Dr. Hyles taught me to be loyal to principle and truth, not to institutions or organizations. Someone needs to fight on the front lines, looking for heresy, compromise and apostasy rearing it's ugly head. The Bible warns that Satan continually tries to corrupt churches (Jude 1:4; Matthew 7:15; 2nd Corinthians 11:4-5, 13-15; 2nd Peter 2:1).

I was saddened in 2008 when FBCH (hence also HAC) changed their doctrinal position on the King James Bible, saying that it wasn't inspired. They said the King James Bible is perfect and preserved, but not inspired. As far as I can determine, they still hold to their new position. Although I consider them family, I respectfully disagree with the claim in 2008 that inspiration refers to the process by which God gave His Word to man, rather than the words themselves. I pray and wish FBCH would officially set the matter straight, instead of quietly letting the matter cool down and leave everybody wondering. It was no small matter in 2008. The co-founder of Hyles-Anderson College, Dr. Russell Anderson, withdrew his support (.pdf) of Hyles-Anderson College, just as Brother Hyles told us all to do if the college ever changed their position...

Ironically, HAC now has the best statement of beliefs as compared to Bob Jones University (BJU) and Pensacola Christian College (PCC). BJU and PCC believe that only the originals are without error. Think about what they are saying. The great omnipotent God, Who spoke the universe into existence by the Word of His mouth (2nd Peter 3:5), is incapable of giving us an accurate Holy Bible in the English-speaking language? Really? That dear old grandma or uneducated hillbilly is out of luck because they don't know Greek? Really?

Here's the statement of beliefs of HAC...

We believe the Word of God as found in the sixty-six (66) books from Genesis to Revelation is infallible and inerrant and perfect; it is the plenary and verbally inspired words of God to men. We believe God has also preserved every single word through the ages.

And here is the statement of beliefs of Bob Jones University (BJU)...

Although Bob Jones University does not hold to a King James Only position, we continue to hold the widely-used King James Version (KJV) as the campus standard in the classroom and in the chapel pulpit. The position of the University on the translation issue has not changed since the founding of the school in 1927.

We believe in the verbal, plenary inspiration of the Bible in the original manuscripts, and we believe that God has supernaturally preserved every one of His inspired words for us today. However, from the founder to the present administration, we have never taken the position that there can be only one good translation in the English language.

And lastly, here is the statement of faith concerning the Bible from Pensacola Christian College (PCC), which also presents the same errant position of BJU that only the originals were inspired...

We believe that the Bible is the verbally inspired and infallible, authoritative Word of God and that God gave the words of Scripture by inspiration without error in the original autographs. God promises that He will preserve His Word; Jesus said, “My words shall not pass away”—Matt. 24:35. We believe that God has kept that promise by preserving His infallible Word in the traditional Hebrew and Greek manuscripts and that the Authorized Version (KJV) is an accurate English translation of the preserved Word of God.

I give two thumbs up, a hallelujah and a big amen for Dr. Shelton Smith at the Sword Of The Lord, who gets it correct on the Bible...

"And certain men which came down from Judaea taught the brethren, and said, Except ye be circumcised after the manner of Moses, ye cannot be saved." —Acts 15:1 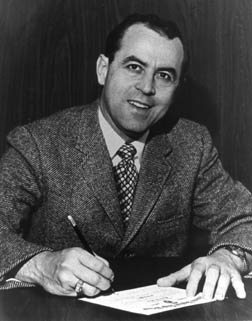 In his classic MP3 sermon, “Filled With All The Fulness Of God,” Dr. Hyles tells the story of how he was called to his second pastorate 10-miles outside of Marshall, Texas. None of the men in the church voted for him. He was called as their pastor by a vote of 28-to-27. Everyone who voted for him to be their pastor were the church youth and one lady adult.

Three bigshots in the church—the chairman of the deacon board, the Sunday School superintendent and the treasurer—called him close to midnight, demanding to meet with him immediately at the church. So a young 19-year-old Jack Hyles walked down a dark country road to meet with the three men at the church. As he sat listening in the front pew, those men told him that he wasn't old enough to pastor their church, and that they didn't want him as their pastor. They threatened Brother Hyles that if he did accept the pastorate, the treasurer would never write him a paycheck.

After leaving the meeting, Brother Hyles drove around in the wee hours of the morning in an east Texas pine thicket, praising God and feeling great peace and joy in the Lord. During that drive, the young Jack Hyles made five promises to God; namely:

In 1945, Brother Hyles became the pastor at the Grange Hall Baptist Church in Marshall, Texas. They didn't  pay him for the first 8-weeks, and when he did get paid, his salary was $20 a week. He faithfully pastored that church and walked with God. Oh, how we need to get back to old-time Christianity in our churches today.

You Need HIS Righteousness! | Believe The Gospel | Ye Must Be Born Again!

“As a blind man has no idea of colors, so we have no idea of the manner by which the all-wise God perceives and understands all things.” —Isaac Newton (1642-1727)