By David J. Stewart
Listen To “America The Beautiful” 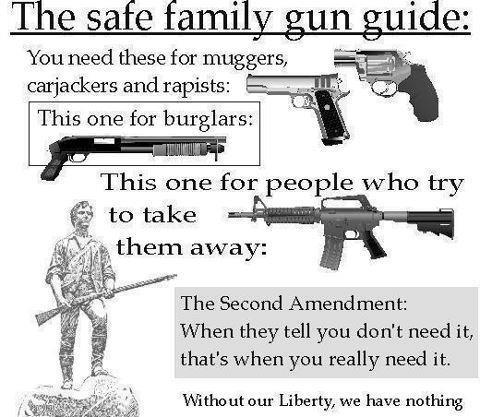 Judge Roy Moore from Alabama was sued by the ACLU for displaying the Ten Commandments in his courtroom foyer. He was removed from his duty as judge because he refused to succumb to government tyranny. Communism has overtaken our nation. The average U.S. citizen doesn't even realize what Communism is, how it subtly takes over, and the end result.

THE TRUTH ABOUT COMMUNISM (2 hour shocking horror about perils of disarmed citizens). It always begins politically, then slowly establishes a fascist Police State. By the time you're looking down the barrel of a government gun, you've been disarmed (convinced it was for the public's safety) and now it's TOO LATE!

Why do you think Janet Reno, Hillary Clinton and Barrack Obama want your guns so badly? When Americans surrender their assault rifles, all hell will break loose. You'll wish you had a gun in that day!!!

Judge Moore has been stripped of his judgeship by wicked judges higher in power (the same judges that legalize abortion, same-sex marriage, booze and dirty magazines), and now they are trying to strip his right to practice law in Alabama. AMERICA'S SECRET DESTINY (awesome Microsoft PowerPoint presentation by author & researcher Ralph A. Epperson).

The following is an excellent poem written by the Honorable Judge Roy Moore. I love this guy! Would to God that we had many more judges like him that honor and fear God, truly fulfilling their duty as a magistrate over people's lives. The following poem by Judge Moore sums up America's dire spiritual condition quite well...

“When the Devil decides to destroy a society, he starts off with the woman.”
—Pastor Jack Hyles (1926-2001), from the needful sermon...
How To Destroy The Human Race | MP3 | RealAudio

MONTGOMERY, Ala. (AP) — Alabama's chief justice, known on the national stage for fighting to display the Ten Commandments in a judicial building, is jumping into the gay marriage debate with his push for a states-led constitutional amendment defining the institution as a union between one man and one woman.

"The moral foundation of our country is under attack," Chief Justice Roy Moore said in an interview with The Associated Press.

He mailed letters Wednesday to all 50 governors urging them to get their legislatures to call for a convention to add an amendment to the U.S. Constitution saying the only union recognized by state and federal governments is "the union of one man and one woman." He also is setting up a website to rally public support.

Moore said the only way to stop judges who are finding new rights for gay unions is with a state-initiated constitutional amendment. "Government has become oppressive, and judges are warping the law," Moore said.

Seventeen states and the District of Columbia allow gay marriage. None is in the South, where every state has enacted a ban on same-sex marriage. In Virginia, a federal judge heard arguments this week on a lawsuit challenging the state's ban. Virginia's attorney general chose not to defend the law because he said it violates the equal protection clause of the 14th Amendment.

In Alabama, an openly gay state legislator who married her partner in Massachusetts said she expects most governors to toss Moore's letter.

"He's fighting a losing battle, and he probably knows that," Rep. Patricia Todd, D-Birmingham, said in an interview.

She said the chief justice should recognize Americans' view and the courts' views about the issue and how it has changed in recent years. "Get over it, buddy," Todd said.

But Moore said that "a great majority of the American people want to hold to the definition that a marriage is between a man and a woman," though he acknowledged an amendment would draw opposition from both sides of the political spectrum. Conservative political analyst Phyllis Schlafly has said a state-initiated convention would be "a prescription for political chaos, controversy and confrontation."

Thank God that we still have some godly men and leaders in America who love righteousness and hate iniquity. We need some more good men in America, and a good man is a godly man. Notice from the preceding article that Judge Moore makes the following disturbing statement about corrupt judges in America...

"Government has become oppressive, and judges are warping the law" —Judge Roy Moore

That's frightening. It is particular frightening for the parents of small children in these insane times when the evil government thinks they own your kids, can molest them, put them up for adoption in a another home with strangers, in another country to hinder you from visiting them (or not at all if you're in a court case and have had your passport suspended). They're bastards, let me tell you!

A godly man is concerned and cares, his conscience is not hardened and calloused. A Good Conscience: God's Insurance Against Backsliding (great MP3 sermon by Dr. Jack Hyles). Our conscience can only grow cold and insensitive toward OTHERS if we get away from hard preaching, attending church faithfully and walking with the Holy Spirit of God while abiding daily in the holy Scriptures. We all need HARD PREACHING!!! America's only hope is either hard-preaching or hard-judgment...

God honors hard work if it's done by faith in God. God honors taking an uncompromising stand for right, which is what our faith should compel us to do. God honors genuine repentance, if it's based solely in faith in Christ and not upon any amount of self-righteousness. God is pleased by faith, whether it be a man, a married couple, a family, a church, a town or a nation (as evidenced by Nineveh in the times of Assyria. Jonah, the minor prophet, was sent by God to preach to the inhabitants of Nineveh to get saved, and the city did repent). Amen!

I cherish the following words of wisdom spoke years ago by Pastor Billy Graham's daughter, Miss Anne Graham. The title of her presentation is “America, Beautiful No More”...

If it's right, let's fight for it; if it's wrong, let fight against it. Even so, come, Lord Jesus!!! The trumpet is out of the case. I'm looking for the Uppertaker, not the undertaker. Bless God! Jesus could literally come today! He could come this very moment in time, and what a glorious day that will be!!! Christ's return at the Rapture will be to the saints only.

At the pretribulation Rapture Christ will not appear to the wicked and unbelieving world. We see this evidenced by 1st Corinthians 15:6 when the risen Christ only appeared to born-again believers, having appeared and been seen by over 500 brethren at once, and then the apostles. When Jesus left the earth to go back to Heaven, He ascended up into the clouds. The angels said He will return in the SAME MANNER (Acts 1:9-11). Even so, come, Lord Jesus!!!

Wake-up America! You need to listen to Alex Jones!

If it's right, let's fight for it; if it's wrong, let fight against it.

"The wicked shall be turned into hell, and all the nations that forget God." —Psalm 9:17

Curse on America?  |  National Day of Prayer?  |  Pray Not for This People!

The Bible On Same-Sex Marriage, Abortion and Other Moral Perversions...

Isaiah 5:20, “Woe unto them that call evil good, and good evil; that put darkness for light, and light for darkness; that put bitter for sweet, and sweet for bitter!”

Listen To The Awesome Phyllis Schlafly Report!
(a pro-family leader, constitutional attorney and one great lady!)

“And I will punish the world for their evil, and the wicked for their iniquity; and I will cause the arrogancy of the proud to cease, and will lay low the haughtiness of the terrible.” —Isaiah 13:11

“All scripture is given by inspiration of God, and is profitable for doctrine, for reproof, for correction, for instruction in righteousness” —2ndTimothy 3:16

When darkness is brought into the light, it loses its power!